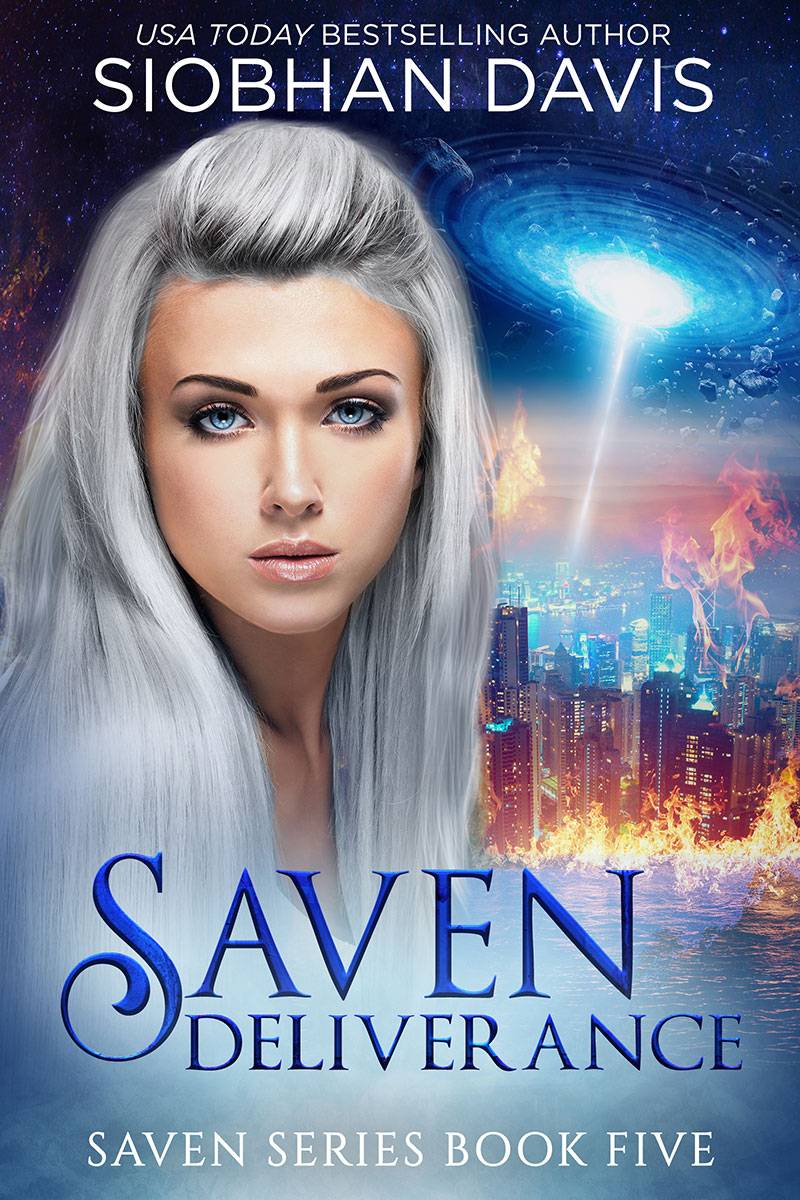 With the political landscape shifting in the galaxy, and the tenuous situation on Earth growing more fraught by the day, Sadie knows time is running out to save mankind. Torn between conflicting agendas, she is forced to make difficult choices that lead to bloody battles and situations she’s not entirely comfortable with.

But this is war, and war means sacrifice.

Ax’s betrayal weighs heavy on her heart and her mind, but it doesn’t override her concern for his welfare. Her desire to protect both the boys she loves is as strong as ever.

Logan has been inaugurated as the new Saven king, but he’s struggling to cope with the pressure of responsibility and the revelation about who Axton is. His people are strongly opposed to Sadie, but she is his forever love and he won’t do anything without her by his side. Faced with impossible obstacles, he is preparing to make the ultimate sacrifice in the name of love.

When the final battle draws near, and it’s time to fight the enemy head on, who will be left standing? And will there be anything left to fight for?