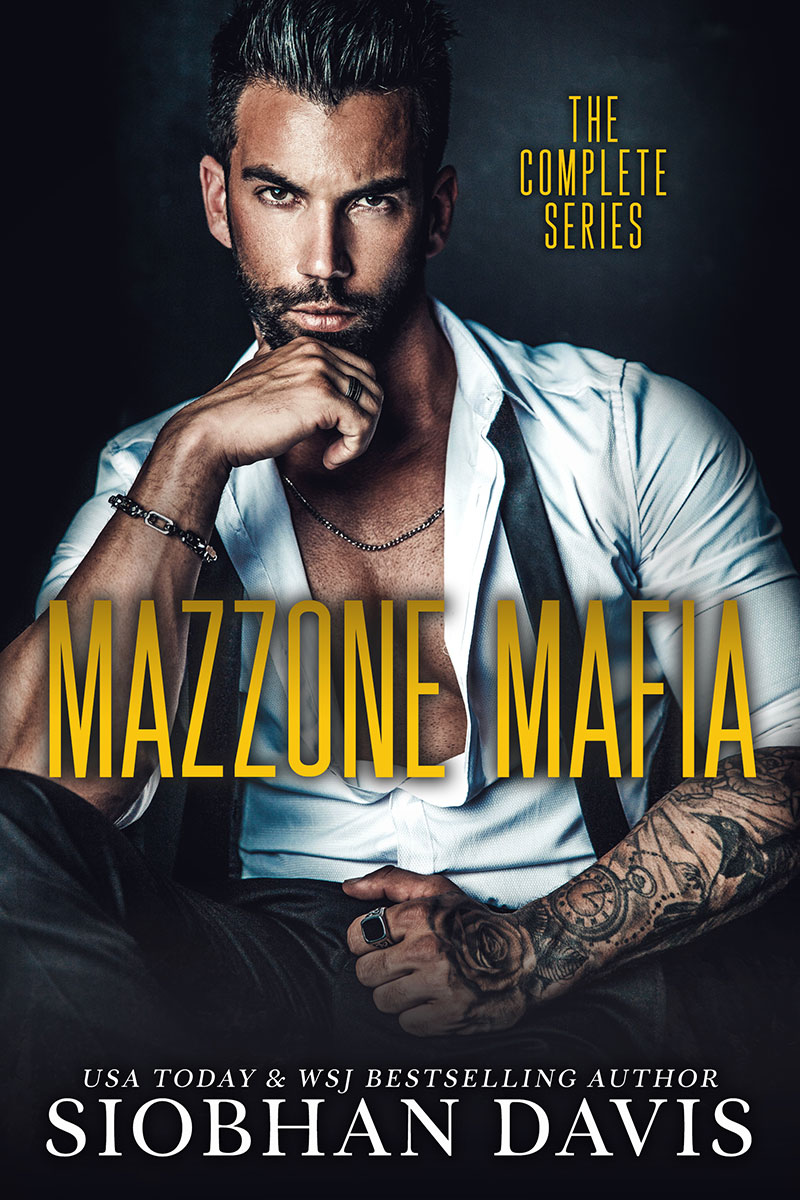 A complete dark mafia romance trilogy from USA Today & WSJ bestselling author Siobhan Davis. Over 1,000 pages of binge-worthy romance. Each book focuses on a new couple and ends with an HEA.

Condemned to Love – #24 in the entire store

Her teen crush is now a ruthless killer and powerful mafia heir. Will one life-altering night unite or destroy them?
Bennett Mazzone grew up ignorant of the truth: he is the illegitimate son of the most powerful mafia boss in New York. Until it suited his father to drag him into a world where power, wealth, violence, and cruelty are the only currency.
Celebrating her twenty-first birthday in Sin City should be fun for Sierra Lawson, but events take a deadly turn when she ends up in a private club, surrounded by dangerous men who always get what they want.
And they want her.
Ben can’t believe his ex’s little sister is all grown up, stunningly beautiful, and close to being devoured by some of the most ruthless men he has ever known. The Vegas trip is about strengthening ties, but he won’t allow his associates to ruin her perfection. Although it comes at a high price, saving Sierra is his only choice.
For readers who enjoy age-gap, sister’s ex, second chance, dark mafia romance.

Forbidden to Love – #37 in the entire store

Natalia Mazzone has grown up knowing she is promised to a made man. As the only daughter of one of New York’s most powerful mafia dons, she knows she can’t refuse. It’s her duty, and she would never dishonor her beloved father.
But the man she’s promised to is a monster. And there is nothing but torture, pain, and heartache lying in wait.
So, she grabs happiness when she finds it—in the somewhat reluctant arms of Leonardo Messina.
Leo is her brother’s best friend. A soldato for the Mazzone famiglia. A man with strong ambition and an even stronger resolve. He won’t allow them to give in to temptation, so Natalia is forced to love him from afar.
Until one forbidden night changes everything, and she readily hands Leo the key to her heart.
For readers who enjoy brother’s best friend, second chance, dark mafia, forbidden romance.

Serena has felt trapped her entire life, living a lie because it was demanded of her. Years of torture at the hands of her sadistic husband have left her battered and bruised, but not defeated. She needs to stay strong for her children, and she’s determined to reset her future.
The future she has all thanks to Alessandro.
He saved her that fateful night when her husband died, and he continues to save her as she struggles to piece her life back together. Yet the closer they get, the more it terrifies her because no man has ever made her feel like this.
It can’t work.
She’s too broken.
He’s too young.
And she’ll never trust a made man again.
For readers who enjoy friends-to-lovers, enemies-to-lovers, second chance, age-gap, forbidden, dark mafia romance.